Medical implants that don’t require invasive surgery to be removed. Sealants and coatings that protect bridges from extreme temperatures. Amino acids that improve fish digestive efficiency. Insulation made from mushrooms…

Evonik are the global specialty chemicals innovator who create solutions to real-world problems. And in 2017 they appointed Maximum to help them solve a different kind of real-world problem – how best to refresh their global employer brand. 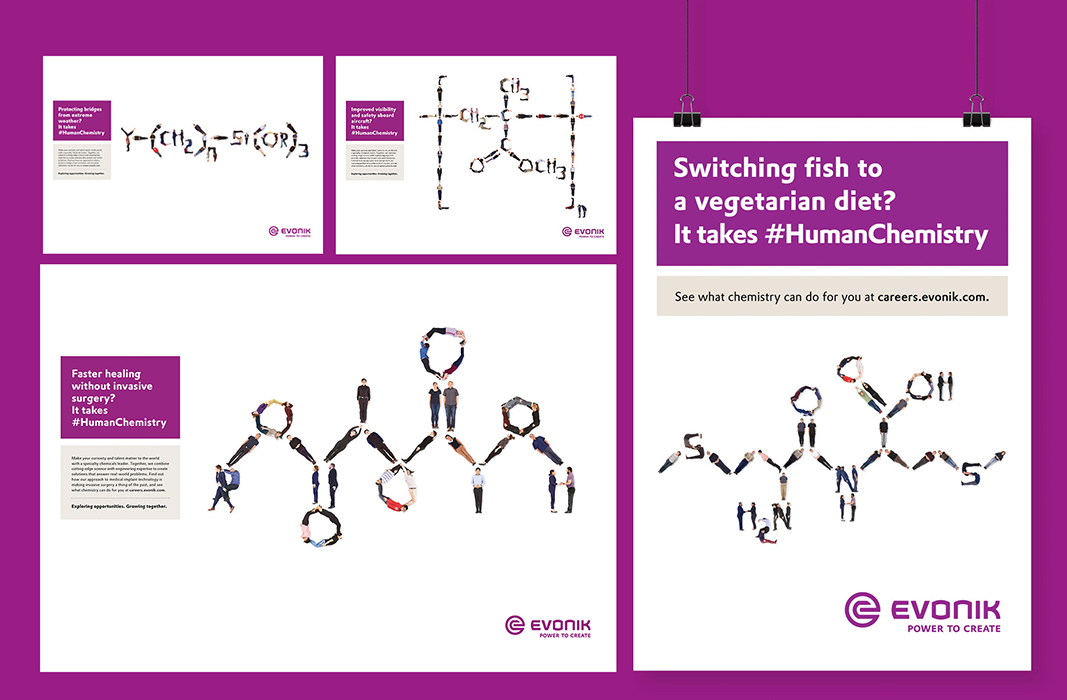 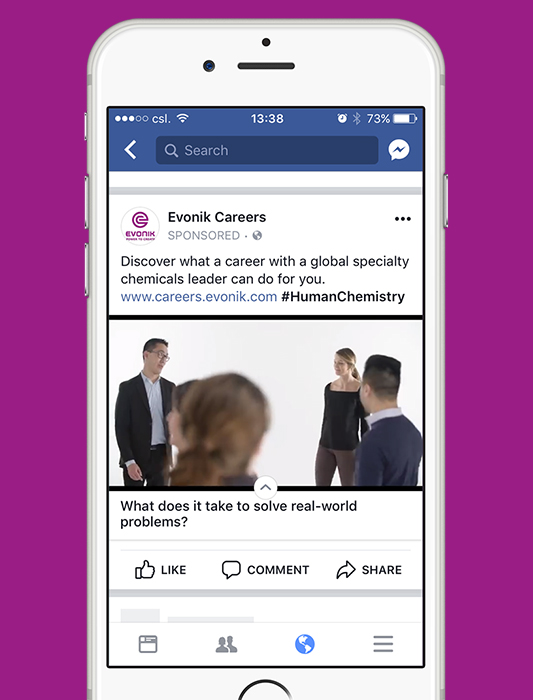 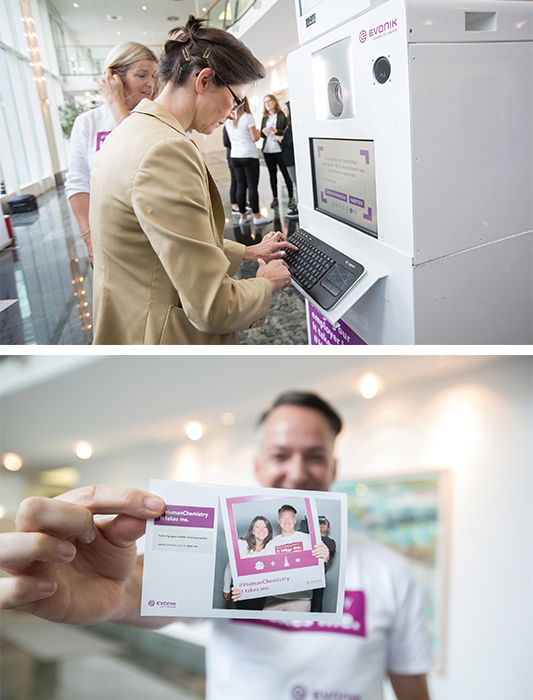 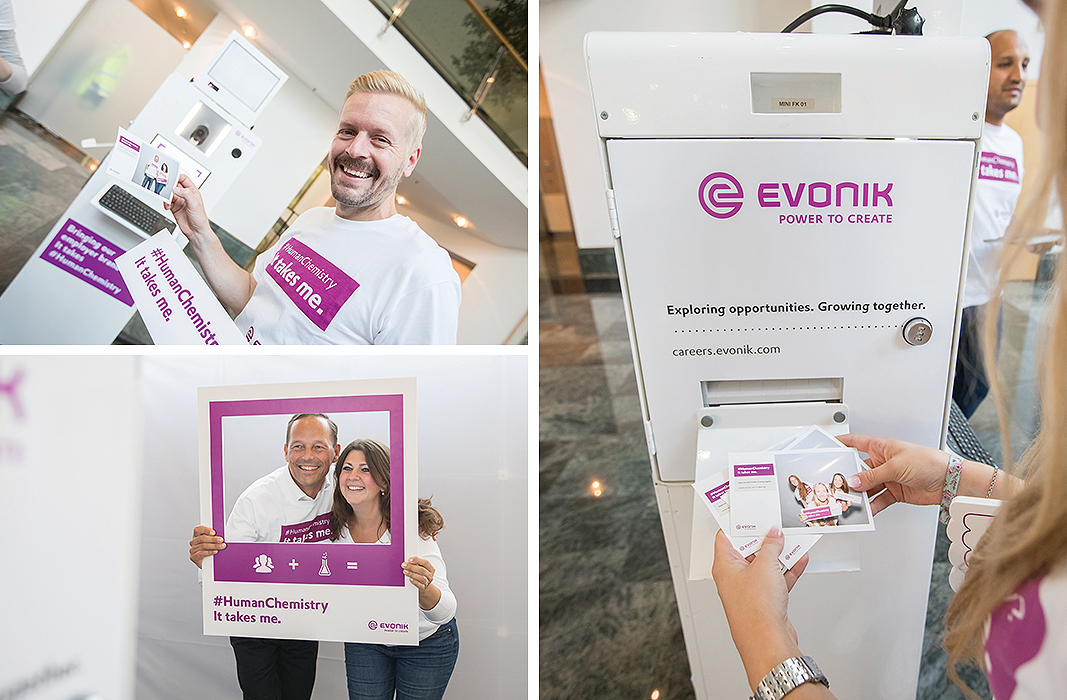 We learned that: Several critical talent groups were in short supply globally, understanding of the chemicals sector was poor in general, competitor communication strategies to overcome this was broadly the same, awareness of Evonik especially outside of Germany was negligible, Evonik was the least active social media user among its peers – but also received the highest engagement, Evonik’s employer values were well evidenced and recognised internally, employees felt like they were well looked after, and that future talent prioritised people-centric employers who take an active interest in their people.

Putting this all together, the communication strategy centred around making “chemicals” more relatable by focusing on what they did, rather than what they were. And whilst competitors also talked about what their products did, Evonik could stand out by recognising the fact that these innovative “real-world solutions” are not created by an organisation but through the combined efforts of the 36,000 people working there.

More than 300 employees volunteered to be part of the campaign. In addition to the product stories and employee interviews that were photographed and videoed, employees were also enabled and encouraged to do their own story-telling by posting their own experiences by using the #HumanChemistry hashtag. The resulting content and footage were then used to develop media campaign materials which could be used to raise awareness and drive traffic to the website. 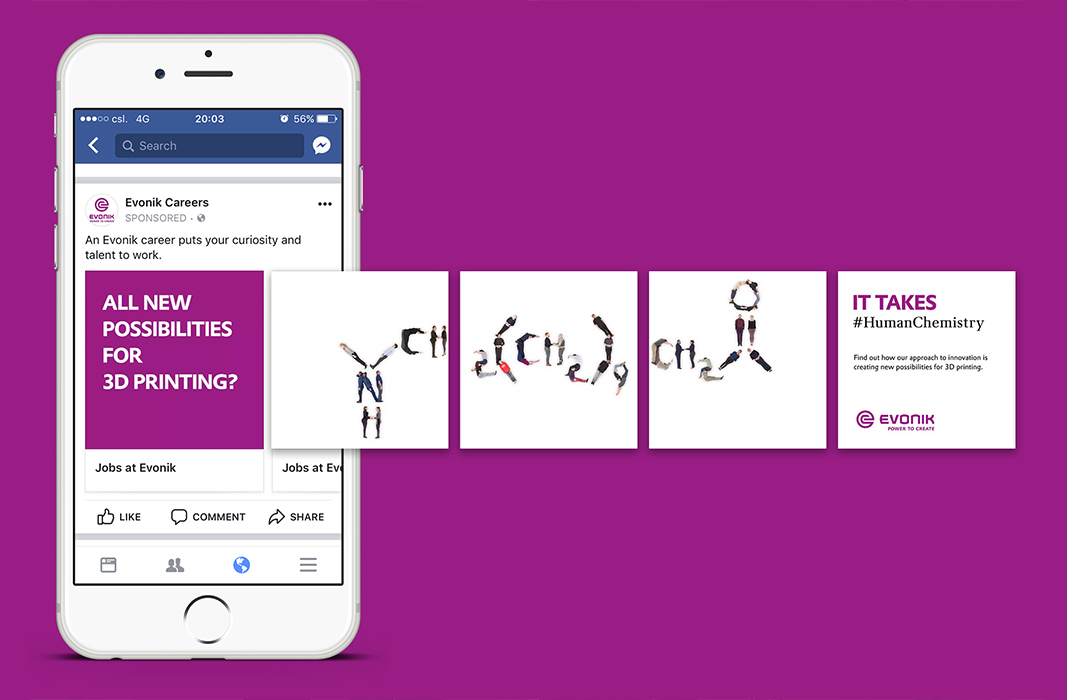 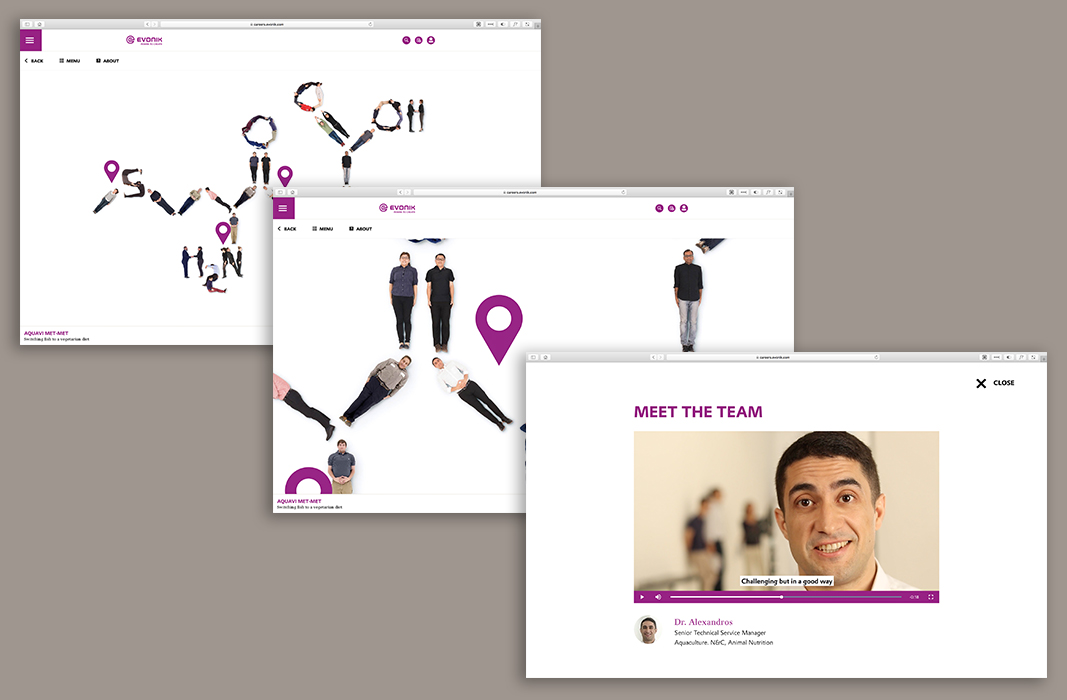 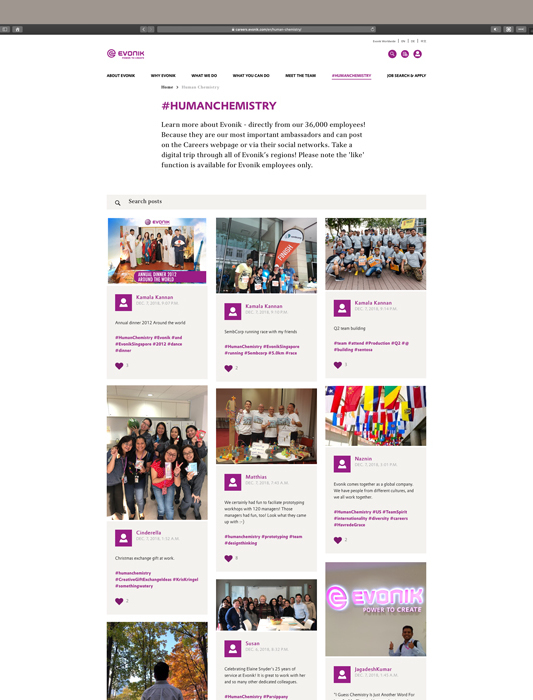 And to cap it all off, the career site was awarded first place in the HR Excellence Awards in Germany.

Localising and implementing your global EVP